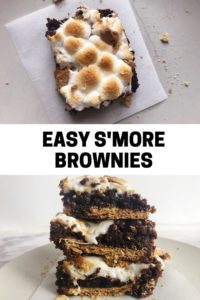 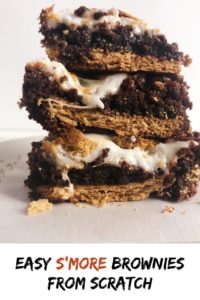 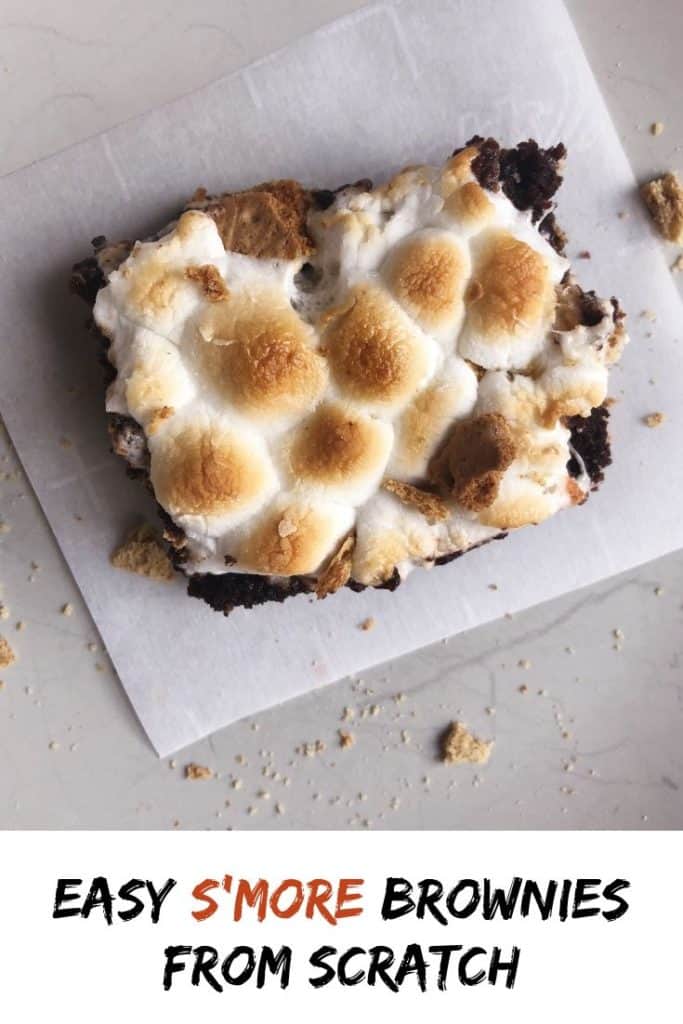 To me, there’s nothing that says summer and fall more than camping. And what camping trip is complete without making s’mores around the campfire? My family loves them, and we love roasting marshmallows with friends around the fire pit in our backyard. But what if I want to make s’mores year-round at home?

These Easy S’more Brownies are the answer! I first tasted a s’more brownie at my sister’s house, and I thought they were ingenious. When I got home, I got to work mixing my favorite brownie recipe (the chocolate!) with the rest of the ingredients of s’mores (marshmallows + graham crackers), and I think the outcome is delicious!

How to Make S’more Brownies

1. Line a 9×13 baking pan with parchment paper, leaving 1 inch of overhang on the sides. This will allow you to lift the brownies out after baking. (If you want to forgo this, you can just grease your pan, but using parchment paper really does make them easier to cut.)

2. Break graham crackers into squares and make a layer of them in the bottom of your dish. You might need to break a couple of the squares in order to cover the whole pan.

3. Combine oil, sugar, vanilla, and eggs in a large bowl. Mix until well-blended.

5. Pour brownie batter over the graham crackers (it’s okay if the batter seeps between the crackers).

6. Bake at 350 for 25-30 minutes or until a toothpick inserted into the middle comes out (relatively) clean.

7. While the brownies are baking, break a few graham crackers into 1-inch pieces.

8. Pull the brownies out of the oven and immediately pour an even layer of mini marshmallows and the broken, 1-inch pieces of graham crackers over the top.

9. Turn the oven to broiler, and put the brownies on the top shelf. Watch them VERY CLOSELY — you want them to reach a golden brown color, just like if you had roasted marshmallows over a fire. Start checking them after 30 seconds and check them every 5-10 seconds after. They will not need longer than 1 minute, but they can burn in the matter of 5-10 seconds. 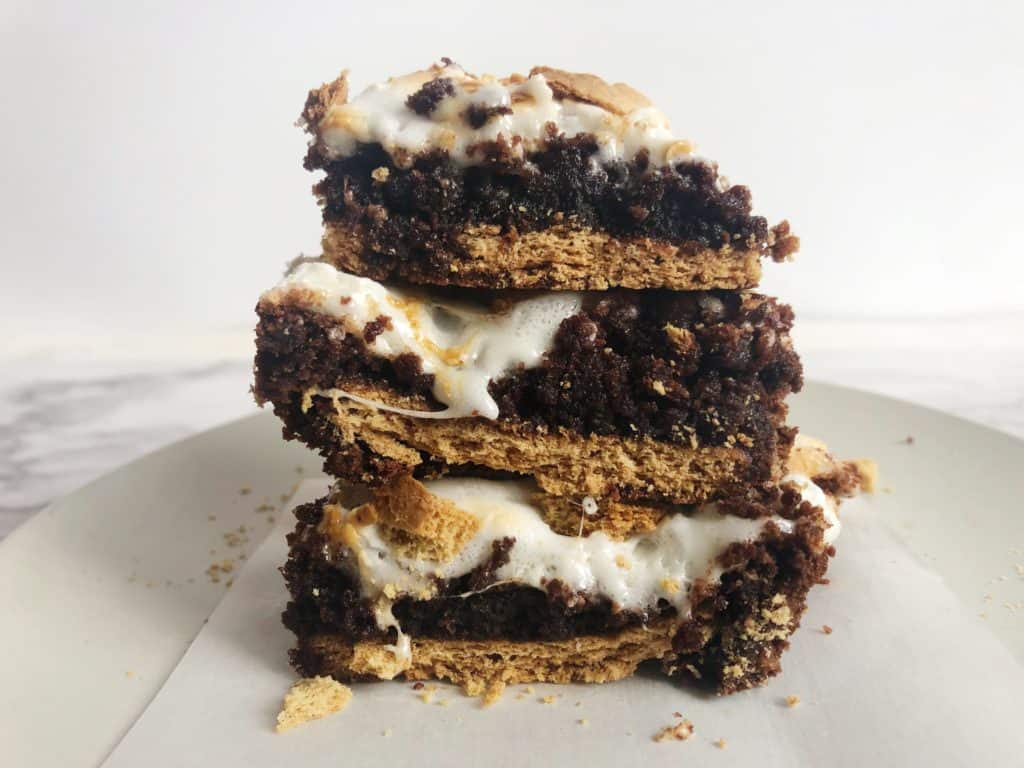 How to Cut S’more Brownies

After your brownies are cool, carefully lift them out with the parchment paper, cut them into 4 rows lengthwise, and then into small squares. They are pretty sticky to cut, so you may have to wipe off your knife in between cuts and wet it again.

I hope you enjoy these Easy S’more Brownies from Scratch! They’re great for serving guests all year long. Let me know in the comments how you like them! And make sure to pin them for later!

With all the flavors of s'mores -- chocolate, marshmallows, and graham crackers -- these rich, gooey brownies are perfect for summer, fall, or any time of year!